by TTV/Zamzam5403 at 05-25-2020, 05:21 AM 0 comments
Character Name: Hussein Kamel
Date of Birth: 04-05-1992
Timezone: GMT -5
How long have you been a civilian in the city?: 1 year, 4 months, 17 days
How active are you in the city?: 15-30
Why do you want to be a LEO?:  The LSPD strives to provide the most for its community and its officers. I have been through the ups and downs of being an LEO and have been disciplined, organized, professional, and observant. I have the life experience of being an LEO and can work under pressure both alone and as a team. Self-worth is what makes me go to bed at night, it’s what makes me know I helped the citizens of Los Santos, it’s what makes me know I did the best I could. The feeling of having accomplished a task, helped a good or bad person, changed someone’s entire future for the better, encouraged one of my fellow brothers and sisters, and overall exceeded the level of expectations set upon me by the community is motivating. Being an LEO is not an easy task and I understand that I must stand up for my actions, be a role model for the community, and own up to my mistakes. I am ready to get on these streets, patrol all of Los Santos, and be a part of the greatest department.
Have you been a part of another Emergency Response faction from our server? If yes, which one(s)?: Yes, I have been EMS (resigned) and LSPD (took a “vacation” (RP) about a year ago) main reason was school and getting my life figured out for the future.
Tell us a little about you and who you are (as in-game character, 150 word minimum): Hussein Kamel came from a family of immigrants who wanted a better life but instead ended up accumulating lots of money in credit card debt and couldn’t live his life to the fullest while a kid. His father was a taxi driver who later started his own business and eventually after Hussein moved out and got married paid off all his debt. Hussein’s mother was a stay at home mom who was always worried about Hussein getting into drugs and being a part of the street life because of the area he grew up in and the nicotine and drug addicts he was surrounded by at school. Hussein didn’t want to make a bad decision and cost him his entire life so he decided to pursue an education and due to his childhood he had a passion to become a police officer and help the citizens in the community stay away from drugs and make good decisions. by BLURIKS at 05-25-2020, 03:59 AM 1 comments
Character Name: Arnold HemingsWorth
Date of Birth: 06-02-2020
Timezone: EST
How long have you been a civilian in the city?: Long Time
How active are you in the city?: Couple hours a week
Why do you want to be a LEO?: Help the good civilians of LOS Santos and get rid of the scum bags that fester in the streets
Have you been a part of another Emergency Response faction from our server? If yes, which one(s)?: Yes PD, Captain, Chief and Rookie
Tell us a little about you and who you are (as in-game character, 150 word minimum): Notorious asshole, takes no shit from nobody, strict lean mean fighting machine with one goal in mind, to get the scums of the earth off the streets John Smith : convicted of Murder x2, Kindaping Sentenced to Life with no parole 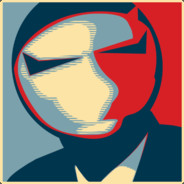 by LivingIsland at 05-05-2020, 01:27 AM 1 comments
Character Name: Jerry Can
Date of Birth: 22-02-1994
Timezone: EST
How long have you been a civilian in the city?: 6 Months
How active are you in the city?: 28 hours a week
Why do you want to be a LEO?: I want to help make the city a better and more safe place for the citizens of Los Santos.
Have you been a part of another Emergency Response faction from our server? If yes, which one(s)?: No i have not.
Tell us a little about you and who you are (as in-game character, 150 word minimum): Jerry Can was born in Richmond Virginia Where he lived with His Mother (Teresa). His parents split before he was born and he never knew his real father. Jerry lived without siblings until he was 7 years old when His mother and step father (Terrell) had a baby Giving him a younger brother (Thomas). Terrell Was a police Officer which had a huge affect on
Jerry as a kid. He looked up to his step father and wanted to be like him when he was older. When he grew up Jerry went to Collage and took law enforcement classes. After college he got a job with the Richmond police department and worked there for 3 years. After 3 years of working with the Richmond police department Jerry thought he could use a change of scenery so he moved to Los Santos where hes been living for the past 6 months. Today I come to you with a problem that needs some solving. We as staff of the community feel that this topic in particular deserves attention at a community level so without further hesitation let me address our concern. We want to make sure that offline and online drug sales are balanced in the sense that a majority of the criminals who take this route to make money will go with the online route due to the simple fact that this means RP interactions from the police. However as of late we have noticed that a majority of criminals who push drugs in the server are ones who do it while cops are offline. Instead of immediately solving this issue ourselves, I'm presenting the problem to you, the community, and asking for a sort of solution for online selling that would be beneficial for you while at the same time still providing a maintained standard of RP for the cops.

In other words, provide me with your feedback on how you feel things should be changed in regards to selling drugs while cops are online. Tell me why you rather offline, than online sell. And tell me what can be done to change this. Every response will be taken into consideration if your answer is not 'trolly' and you're here to provide actual, constructive suggestions and feedback. I will reiterate that before we decide to change things up again based on what we think is appropriate, we want to come to you, the community, the people who actually use this script the most, and gather feedback, suggestions or just information in general pertaining to this topic so that we may better your experience and the cop's experience.

Those of you who have read through, thank you, and to those ready to reply, I look forward to seeing your suggestions.
Continue reading...
RadioFX Setup 4) Turn on Home and set destruction to 7 by WisDome at 05-04-2020, 01:08 AM 0 comments
Dont know if anyone else has noticed this, but in blackjack the dealer must hit on anything below a 17. recently me and a friend have been hitting the casino hard and have noticed say i pull 14 and the dealer draws a 6. This is beneficial for me cause if i hard stand on 14 and the dealer pulls a 10 and lands on 16 they must hit again and have a higher chance of busting. Right now the dealer just currently wins because 16 is greater then 14. here is the rule as written on bicyclecards. Sorry for font, Maybe highlight to read will make it easier.
The Dealer's Play by MoMed09 at 04-24-2020, 02:19 PM 0 comments
Is it possible to have the NPC dealership not sell you a car unless you have a driver’s license and inform you. Because until having a discussion with someone the other night. I just assumed I had it, since I was able to buy a car. Just a thought, probably already brought up.
Continue reading...
Taser's being able to pop tires

by WisDome at 04-16-2020, 08:11 PM 0 comments
A phone app that allows you to see current crypto balance plus the current exchange rate and possibly allowing you to transfer crypto to other accounts from your phone. would make crypto trading easier.
Continue reading...
© 2020 HighStakesRP